The world throw the eyes of VIA TOLILA

In the age of COVID-19, quarantine and the relentless heat of September in Israel, Instagram is the closest thing I have to a vacation. The ultimate getaway where I can indulge momentarily with the illusion of long sleeves, beautiful beaches and faraway countries; only there reality makes sense and the future seems bright.

I found Via Tolila’s Instagram profile a few months ago, thanks to an amazing collection of their photographs which were published in the highly regarded magazine AD France, which I have been following. I took a peek and fell in love in first glance. The composition, the color schemes, the perfect lighting and the videos, creating a complete escapist experience for wonderful trips around the world.

I was happy to find pictures of Tel Aviv, thinking to myself “we, too, are ‘on the map’”, but after further reading I realized that the brand belongs to two sisters from Nice, France, whose time is divided between Tel Aviv, France and business trips around the world.

Via Tolila’s website has an E-store, where you can purchase printed photographs from the studio’s rich portfolio. When I approached them for works during the process of dressing a house we just finished renovating, I discovered two young women full of talent and drive.

To the full project

Annael and Lauren prefer standing behind the lens, but I convinced them to sit with me for a cup of coffee, and tell my blog readers about their creative path and activity.

Even on social media, they prefer to display their work rather than sharing personal details. Only recently they added a photo of themselves to their website, which might have lessened my surprise when we met and I found out they are as young and glamorous as their models. 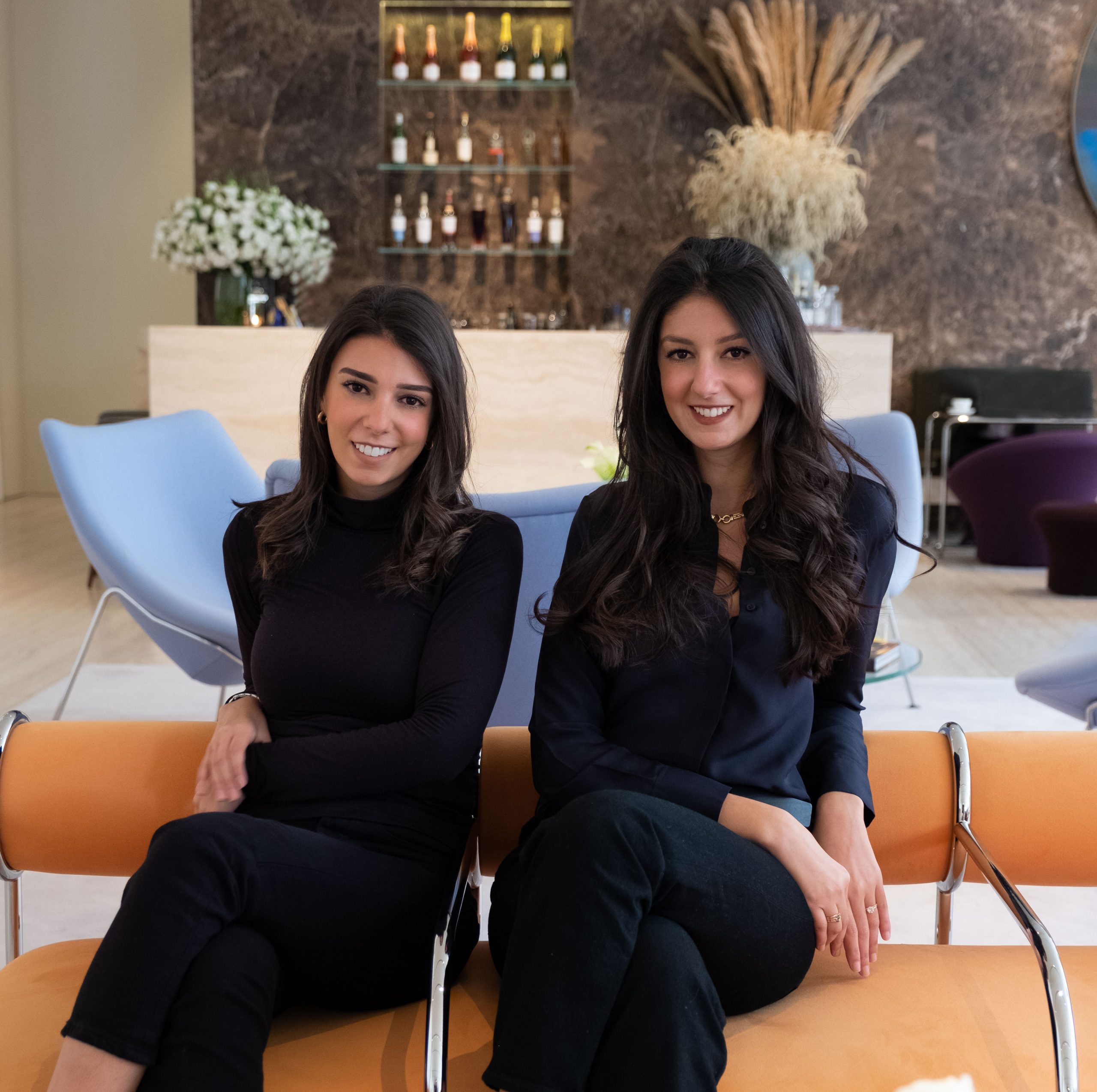 The sisters grew up in Nice, in a family of photography enthusiasts. They started taking photos together with their father from a young age. As time passed, they realized that photography and creating visual content is their passion, and decided to dedicate their life to it.

Lauren, the older sister, decided to study Communication in IDC Herzliya collage in Israel. Here she fell in love with both Israel and her husband, and decided to move to Israel. Annael later took a similar path, studied at IDC Herzliya as well.

I was very interested in their joint creative process. How do two separate women take photographs together, even if they are sisters. Especially since their body of work has a consistent, singular and precise fingerprint. They attribute it to their close connection – they don’t even need to speak while working, as they are very intuitive with each other and in their creative process.

The Via Tolila brand was founded five years ago, but they are doing photography since forever. They first started with their father’s camera, and later received guidance from their cousin, who taught them how to edit and retouch their photographs using various programs. When I asked if said cousin is a photographer, they laughed and said he’s a dentist, but like everyone in the family, won’t put his camera down. Despite learning basic Photography and Videography at collage, but most of it comes from years of experience and trial and error. With each project they gained more tools.

Lauren and Annael grew up by the Mediterranean Sea, it’s clean and glamorous side in the south of France. When I ask if they too feel that Mediterranean living is both similar and different, they laugh and simultaneously say – “Different!”.

Life in Provence is much more relaxed, aware of the sanctity of ‘The Good Life’, making time for pleasures big and small. The local cuisine and food is extremely important; People grow fruits and vegetables for personal consumption, and thanks to the many different terrains in Provence, each region has its own unique dishes, which are a source of great pride.

Nice is dearest to the Tolila sisters’ hearts, being the fourth generation in their family to be born in the city. The proximity to the sea has shaped their life, and is their greatest inspiration.

Trying to define their relation to both cities, they say that Nice fills their heart with love and nostalgia, but Tel Aviv is dynamic, ever changing and fast paced, in a way that just won them over. Tel Aviv feels more modern and international; this city keeps reinventing itself and has room for creativity.

From their perspective in the international tourism industry, they say that Tel Aviv is highly regarded today. It is considered one of the most attractive vacation cities in the Middle East thanks to its restaurants, culture and nightlife scene (which we all hope will survive COVID-19).

Tel Aviv at VIA TOLILA

In the South of France, people are a lot warmer and more open than the rest of the country, so when they had to decide where they wanted to study, they knew they wanted to remain on the Mediterranean beach line. The option of going for a swim at the end of the day, walking around the markets and being surround with vibrant life, drew them to Tel Aviv.

They fly abroad for work every two to three months, depending on commissioned work for magazine editors, commercial Life Style companies and international hotels. Condé Nast Traveler (US, UK, INDIA, CHINA), Travel+Leisure, AD France, Anthropologie and Vogue Hong Kong are among their clients.

When In Israel they do work for local clients, such as the Norman Hotel, Jaffa Hotel, the cosmetics brand Ma’apilim and many others.

According to them, their greatest inspiration is the Mediterranean light, especially by the water. When I asked what makes them pick up the camera, they answered that often it is a quality beyond aesthetics, a place’s or people’s energy or vibe.

For their career’s future, they hope to keep traveling and taking photos in new and inspiring locations. To work with high-quality clients who’ll give them the creative freedom to tell the story of their brands through Via Tolila’s lens and eyes.

They also hope to expand their online store, where they sell prints for commercial spaces and private homes and to shoot a custom project to dress a boutique hotel.
In the future they dream of publishing a book of their photography, and I am certain they will.

After we finished the coffee, and the “formal” part of the interview, we got into a fascinating conversation about the business world’s attitude towards women building their own brand, and about the unique point of view and qualities women bring into male dominated fields, such as photography and advertising, and about the differences between working in Israel and working abroad.

I enjoy following Via Tolila’s journeys around the world, and the wonderful photographs they publish, and will keep nurturing my own little dream that one day, hopefully sooner rather than later, we will work together on a joint project.